Clean lines, decluttered spaces, and simple styling are what is resonating in interiors today. Add in light, warm wood tones, a neutral color palette, and functional furnishings and you have the modern, yet warm hallmarks of a space that embraces Scandinavian design (also known as Scandi style).

The History of Scandinavian Design

During the 1930s five Nordic countries started to re-shape interior design with a new take on minimalist styling that focused on simple living and comfort. These countries included Norway, Sweden, Denmark, Iceland, and Finland. It wasn’t until the mid-1950s until this style grabbed the attention of the International design world and coined its name, “Scandinavian” design style from a traveling interior design exhibit.

From 1954 to 1957, the Brooklyn Museum started a traveling show called “Design in Scandinavia” that made its way through the USA and Canada making a lasting impression on the design industry. The intriguing event featured several innovative Nordic designers that focused their designs around a minimalistic philosophy. Designs were built around simplifying the daily lifestyle while embracing clean lines, and textures inspired by nature. But Scandi style was not only about clean styling and lifestyle but also had a strong focus on sustainability, solid craftsmanship, and eco-friendly products. This show and many exhibits that followed played a leading role in the influence of Scandinavian style around the world. Scandinavian style has continued to evolve over the years becoming a modern look that’s also a timeless classic. 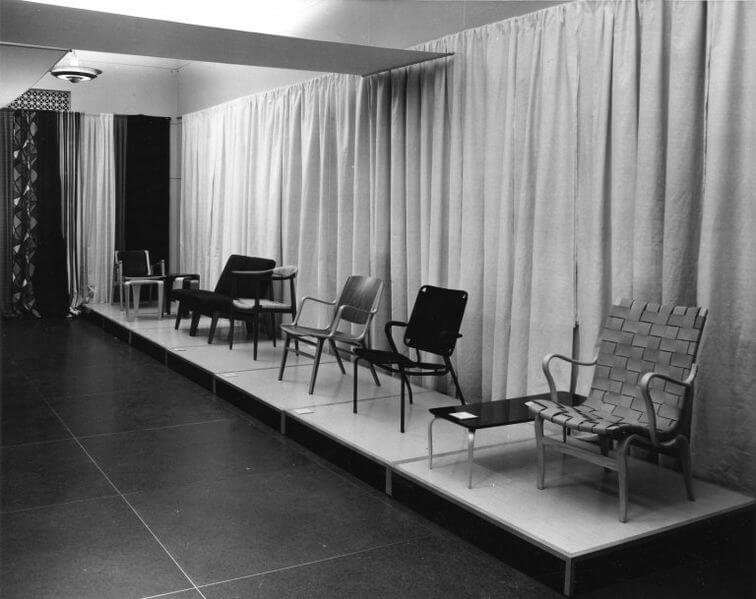 The color palette should be dominated by whites and natural-toned woods, the addition of dark blue, dark green, icy blues, and moss green bring the colors of nature indoors. 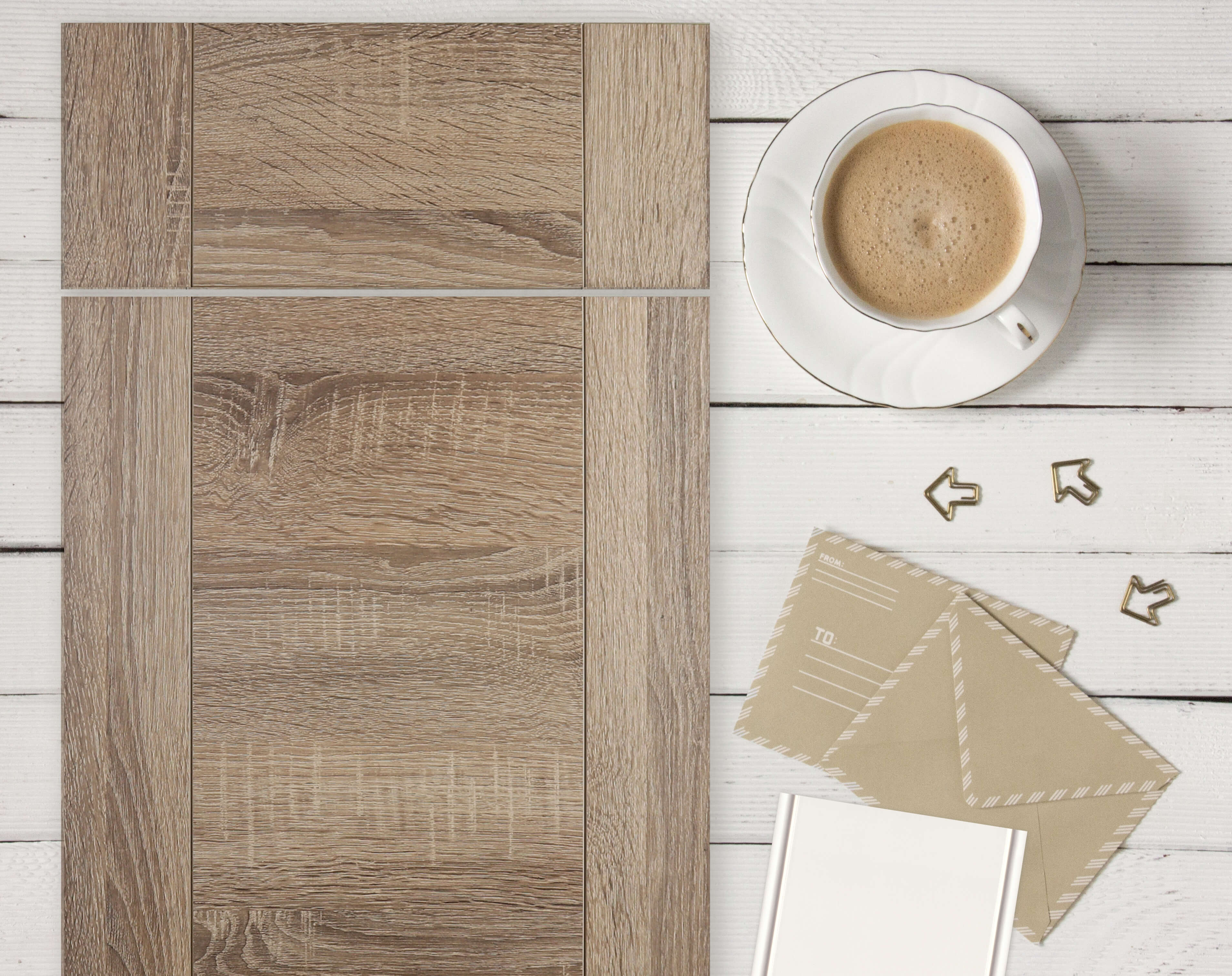 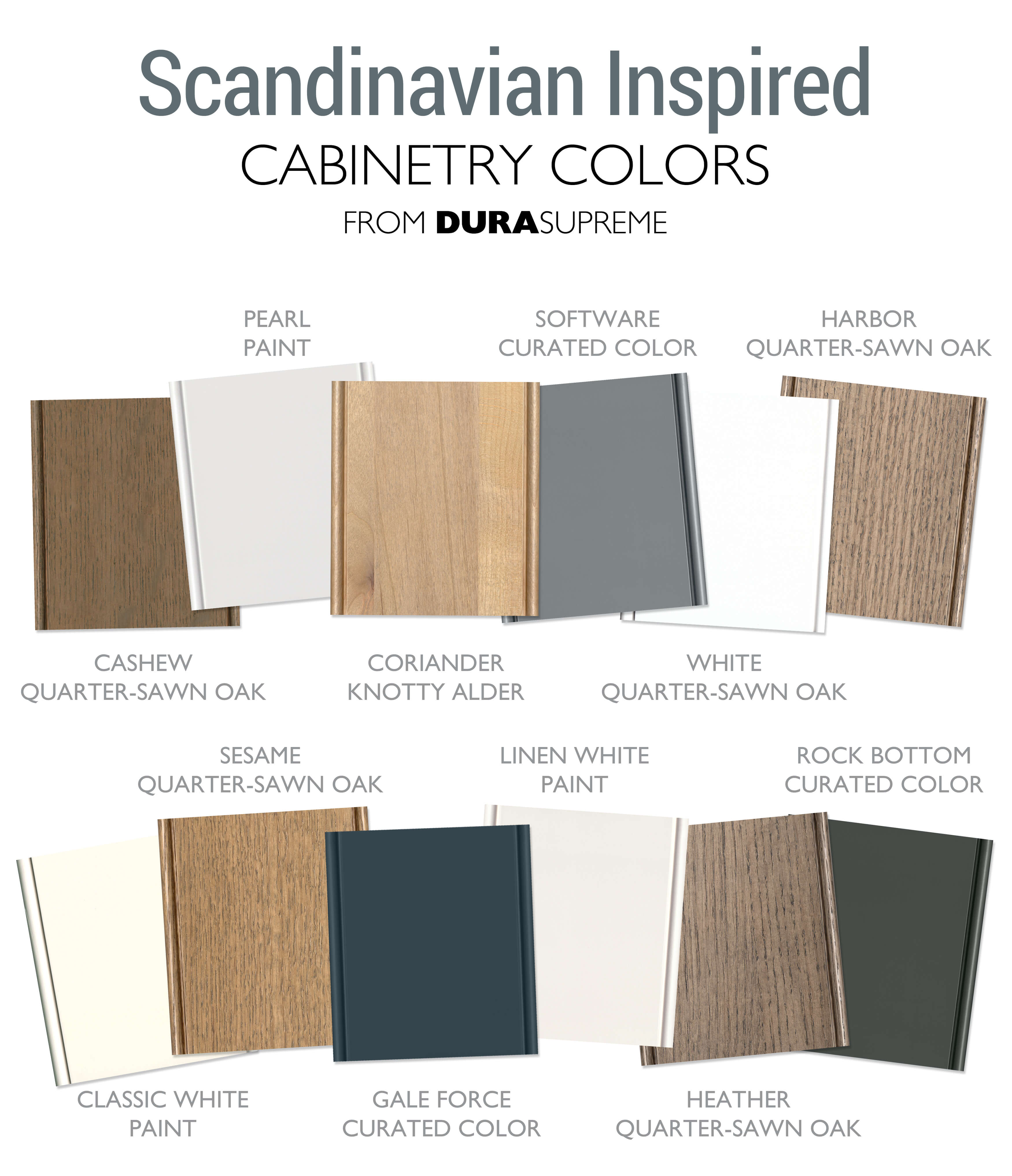 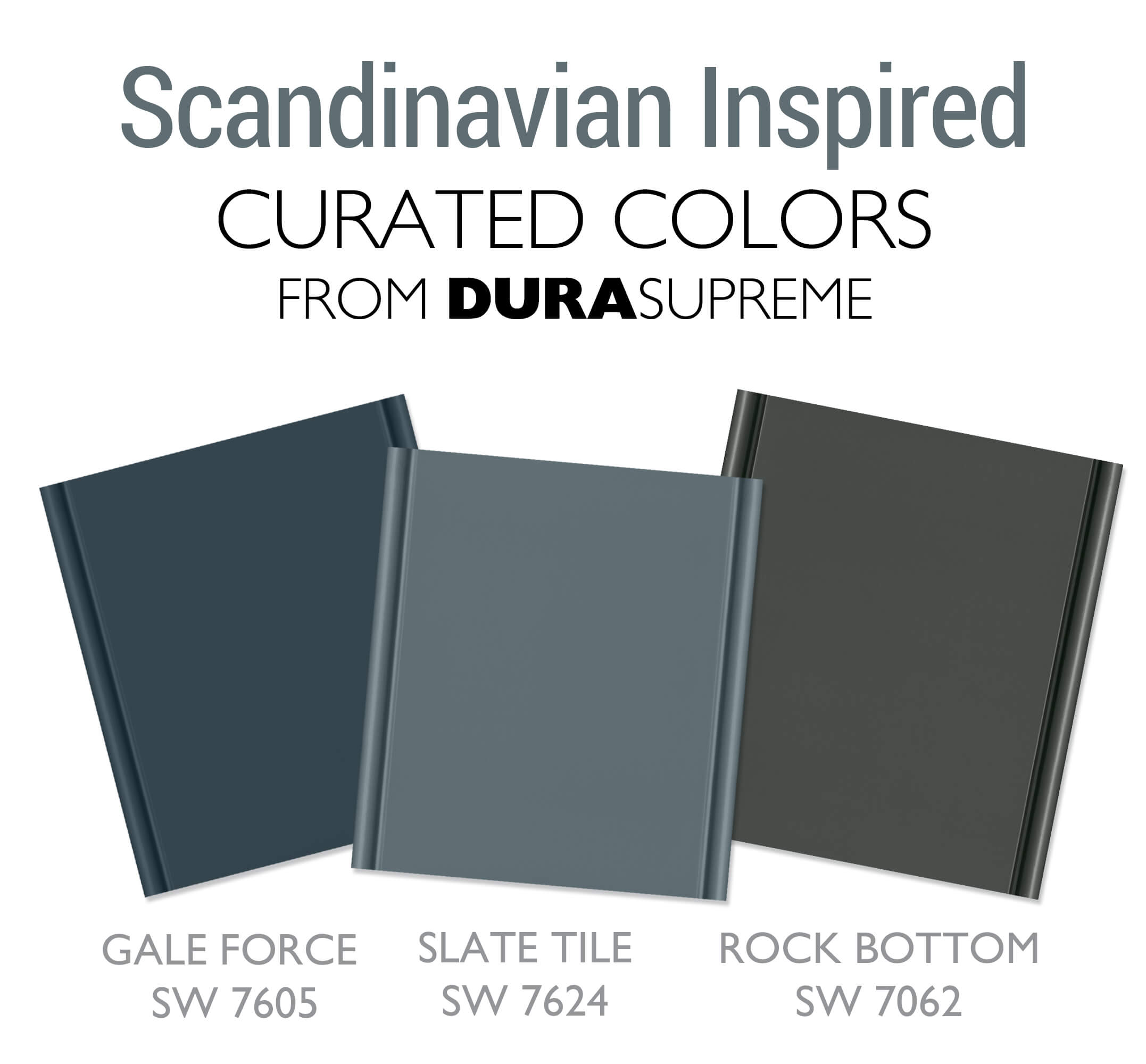 The Scandinavian design almost always showcases interiors that use white as the dominating color in the color palette. The white brightens the space which is so important when being cooped up inside during the long dark winters that Nordic countries are known for. 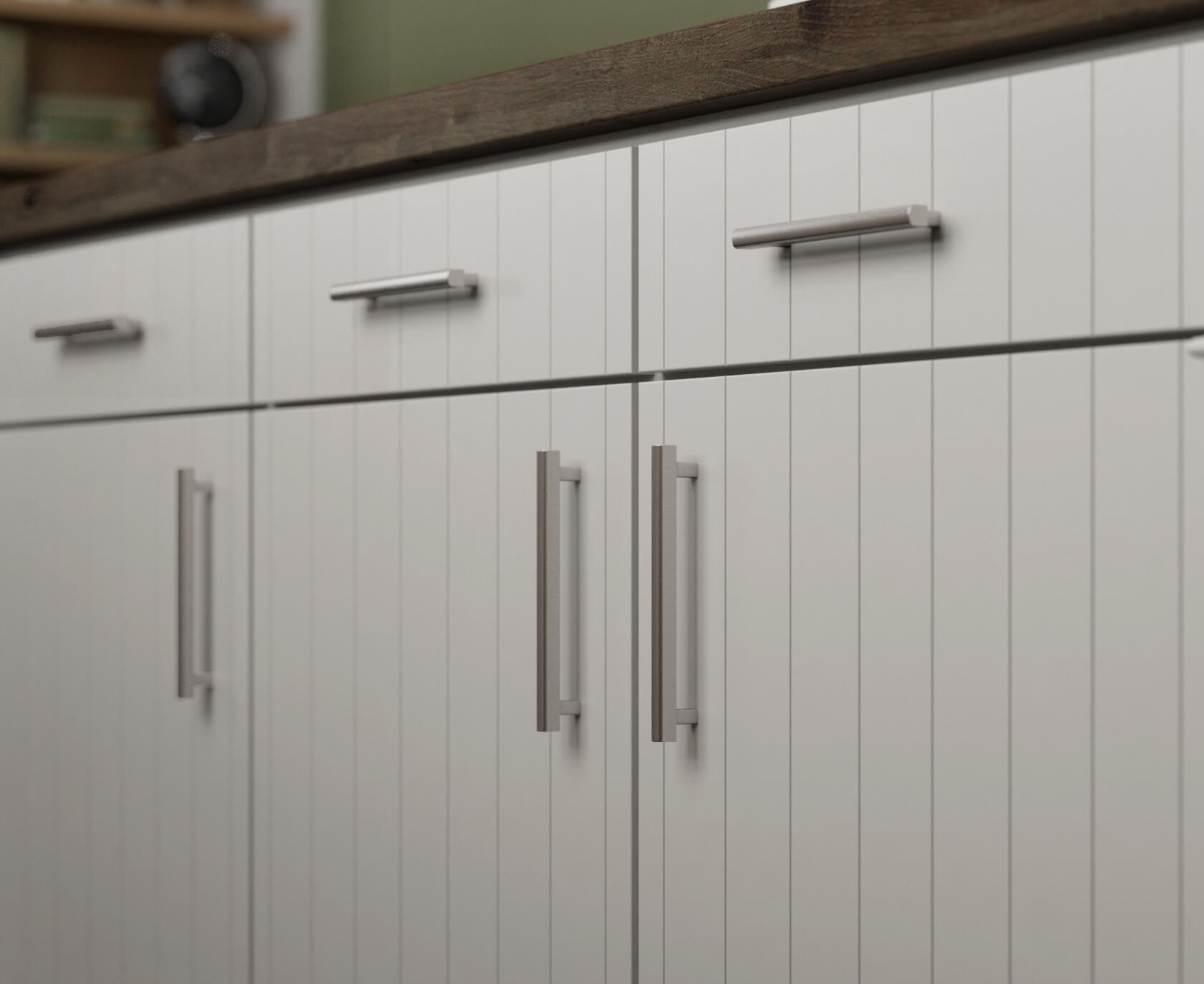 But all white is not always the case. Instead of opting for the all-white palette, this Scandinavian kitchen adds a dose of deep blue. The warm wood accent and the minimal styling makes this kitchen a shining example of the elegant simplicity of Scandinavian style. 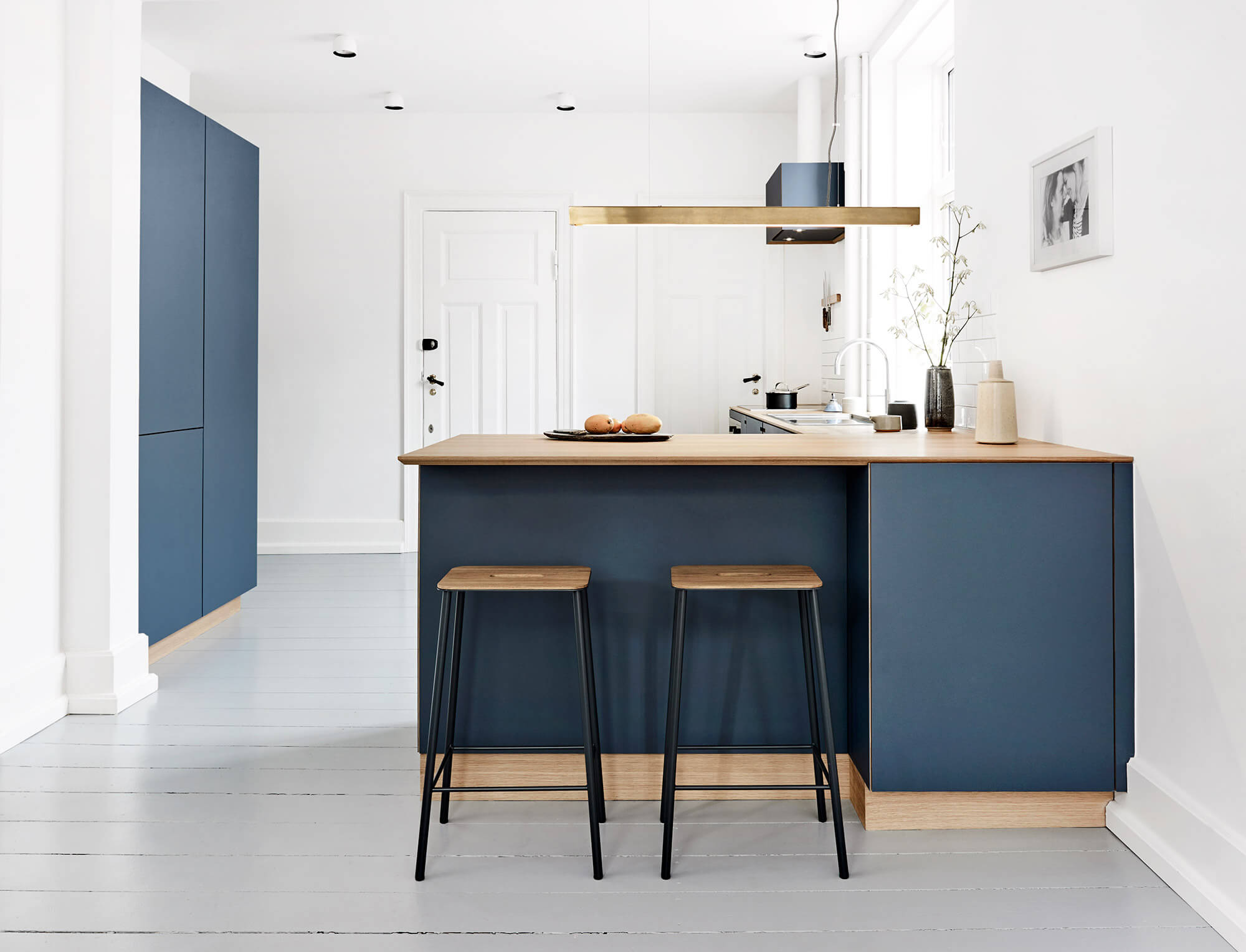 In the Scandinavian-inspired kitchen, the door style should be simple, a slab or flat panel door without ornamentation. Accent cabinet doors might feature a contrasting color or material to add interest or have a glass door, or modern aluminum framed cabinet door. Many times Scandi design will mix in some simple metal elements to complement the design. 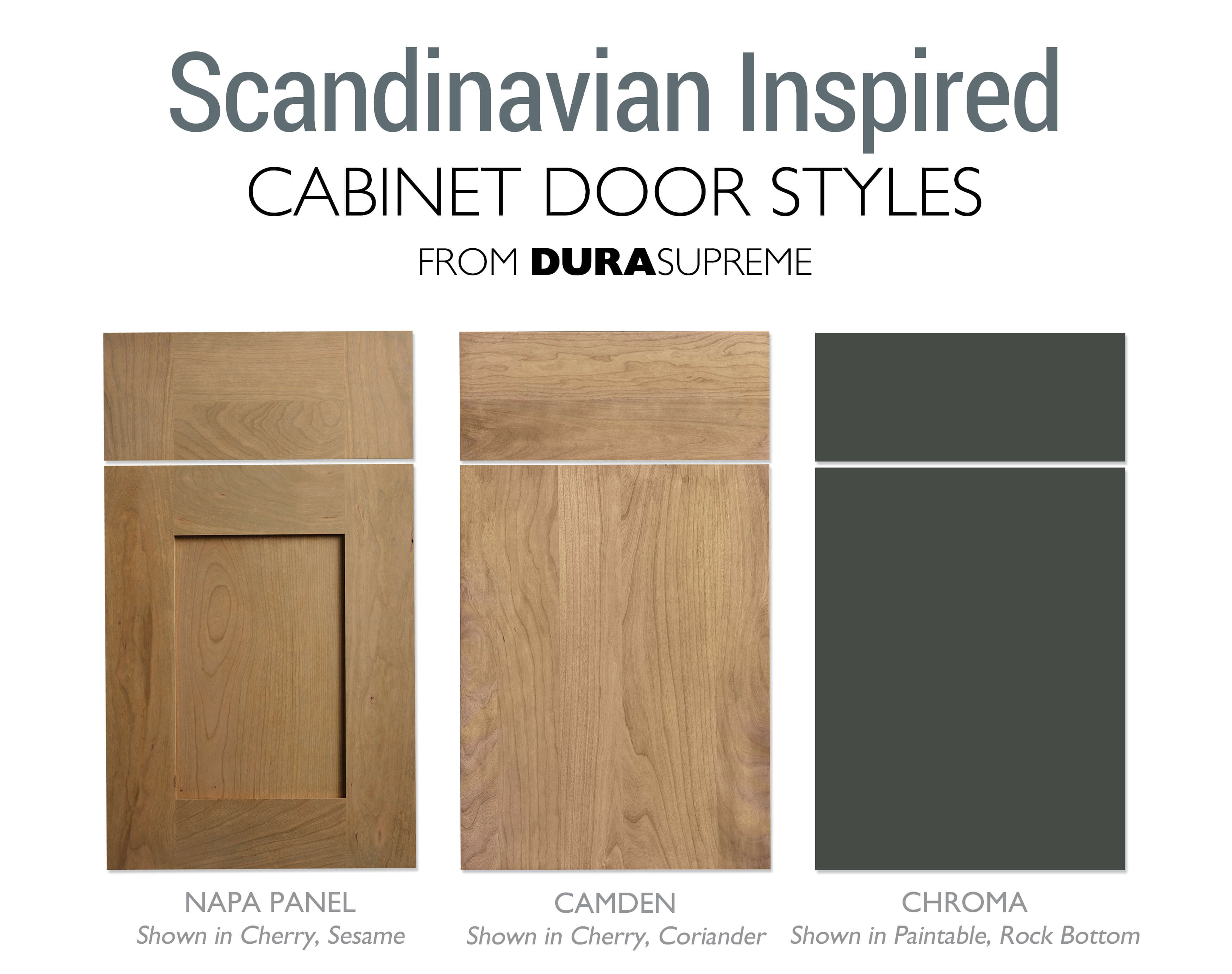 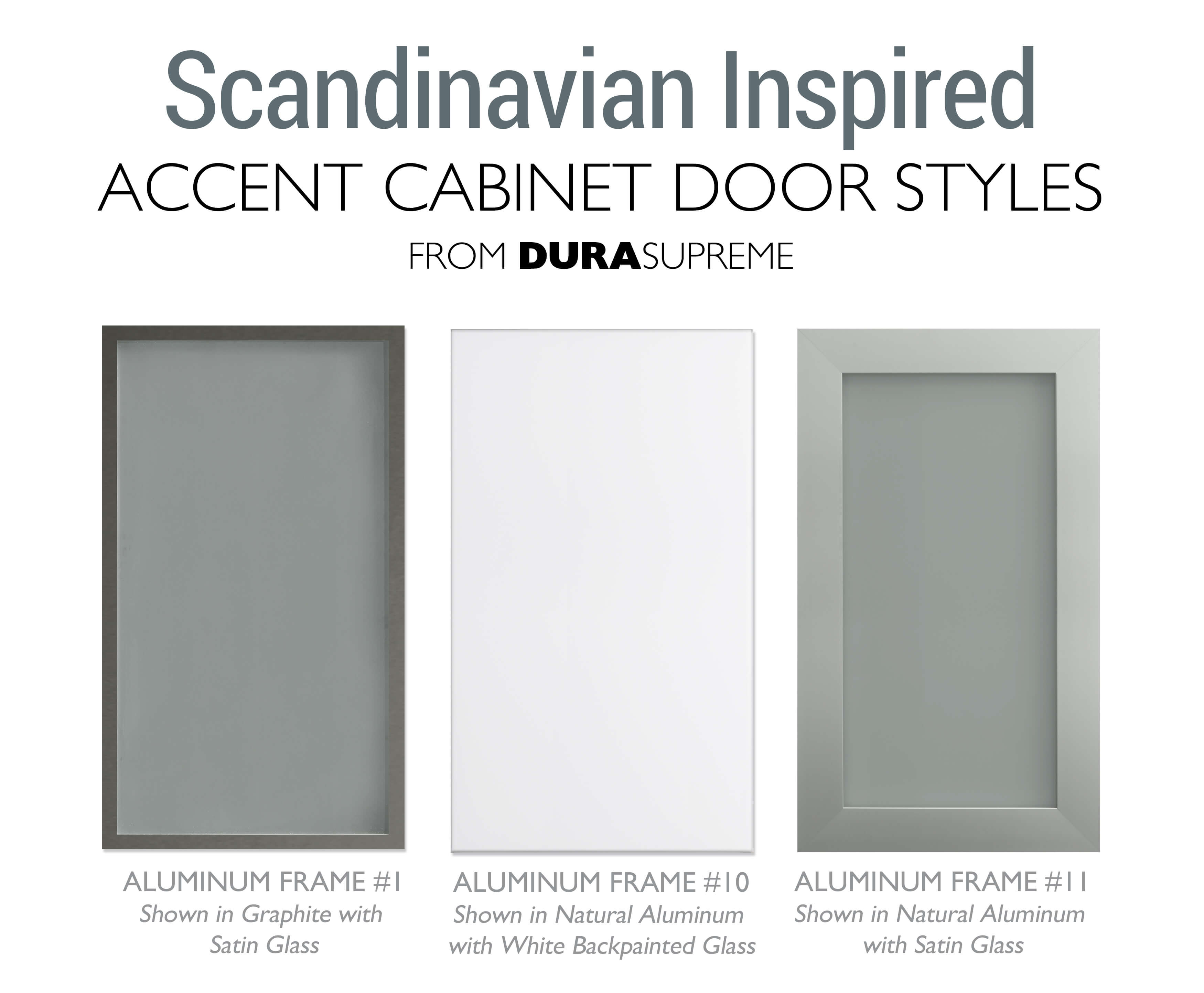 Cabinet construction is typically frameless (full-access) cabinetry not only because it’s a prominent cabinetry style in Europe, but also because of its ability to house additional internal storage space and its minimalistic appearance. 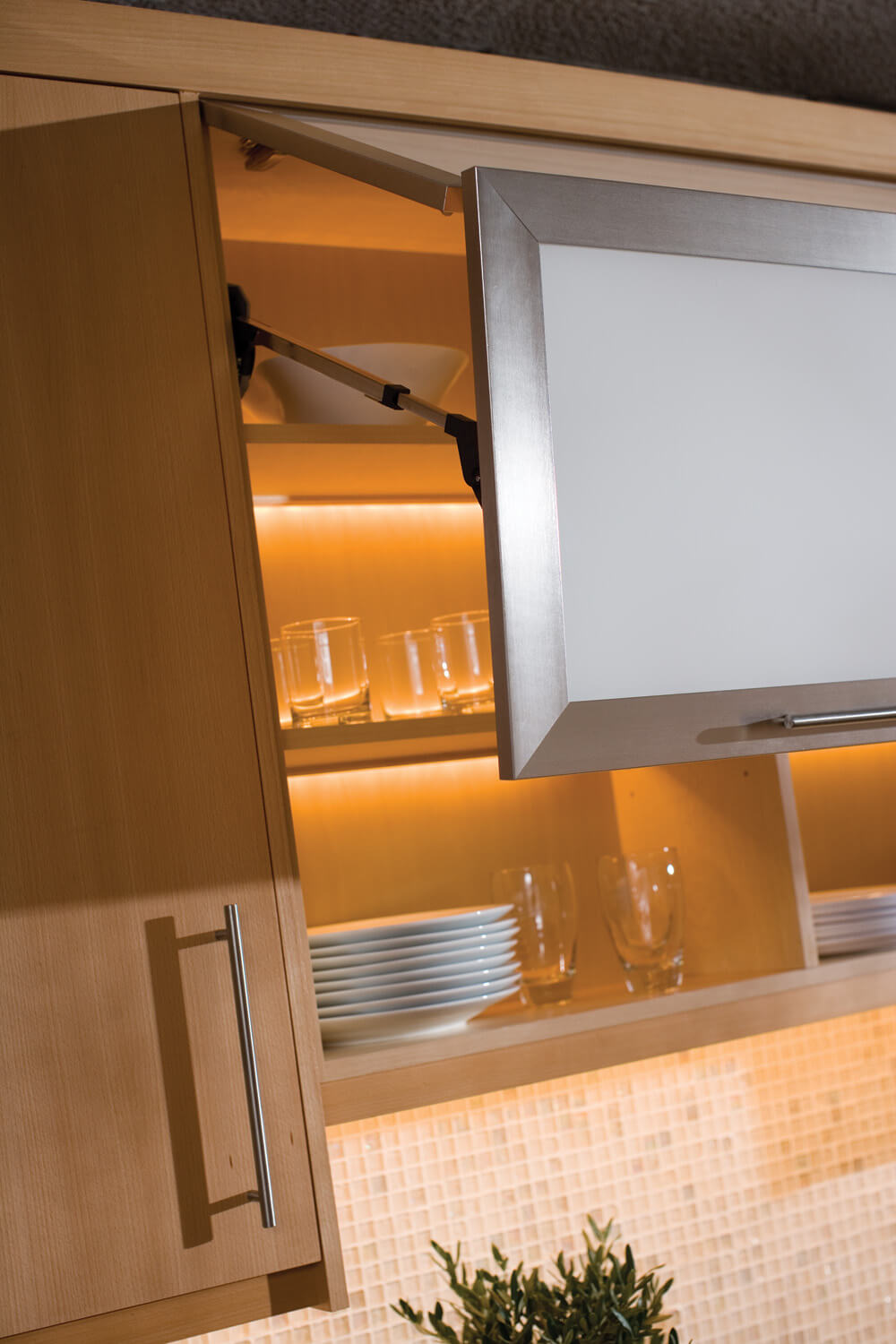 Keep accents to a minimum for a clean and uncluttered feel. Add texture by using natural elements such as greenery and natural wood grains to bring the outdoors in. 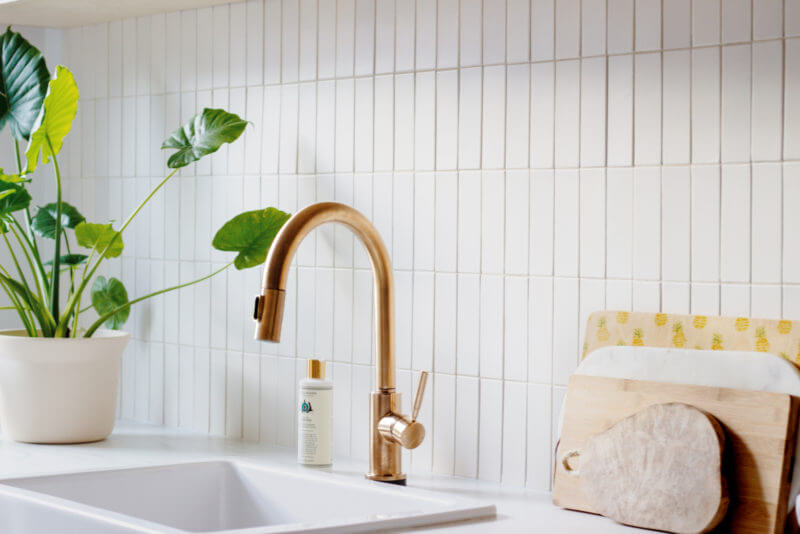 The design should be highly functional and focused on practical storage, comfort, and clutter-free environment. Floating shelves and open shelving are commonly used in replacement of wall cabinets in areas of Scandi kitchen designs to open up the space and create casual storage for every day used items like plates, bowls, cups, and other frequently used items. 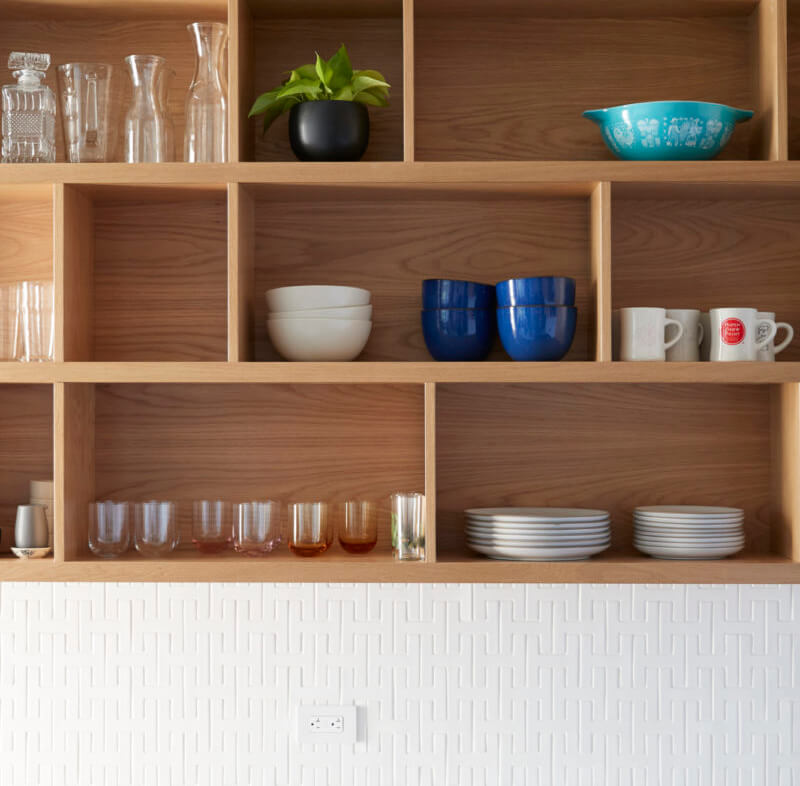 Furniture and cabinetry that feature clean lines and decor with smooth rounded edges help capture the look of Scandinavian style. While products that are made from natural and/or sustainable materials represent the ideology of Scandinavian design and the vision of simplistic living. 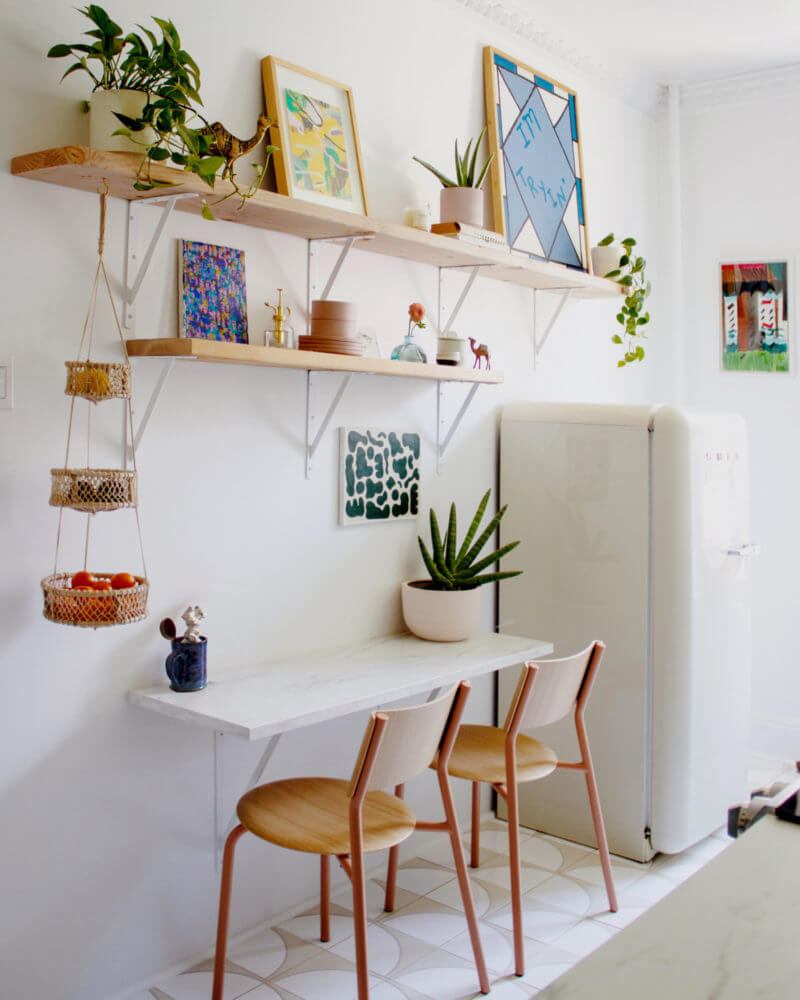 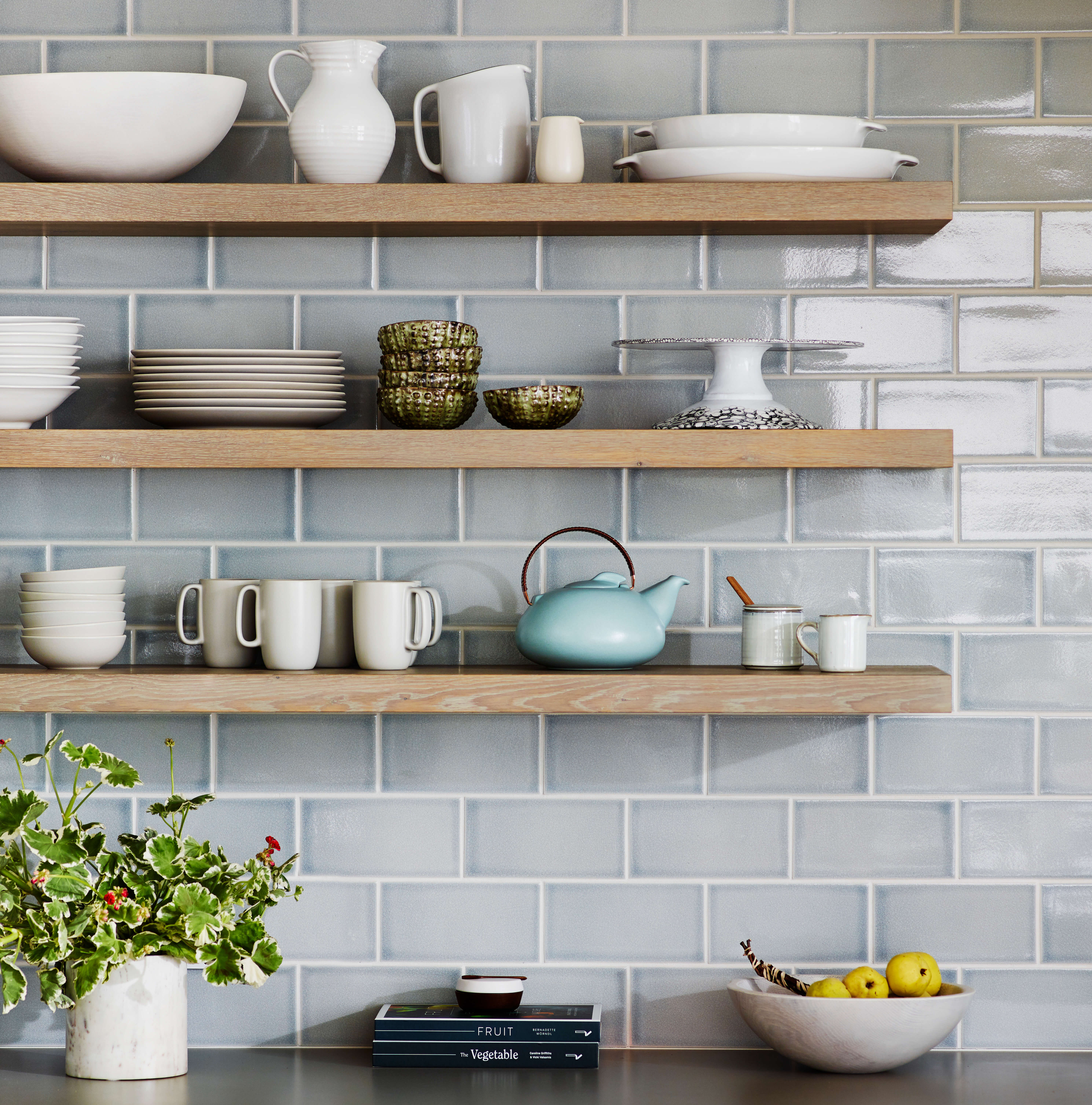 Touches of rustic decor and design elements are often added sparingly to soften and warm the bright and modern elements. 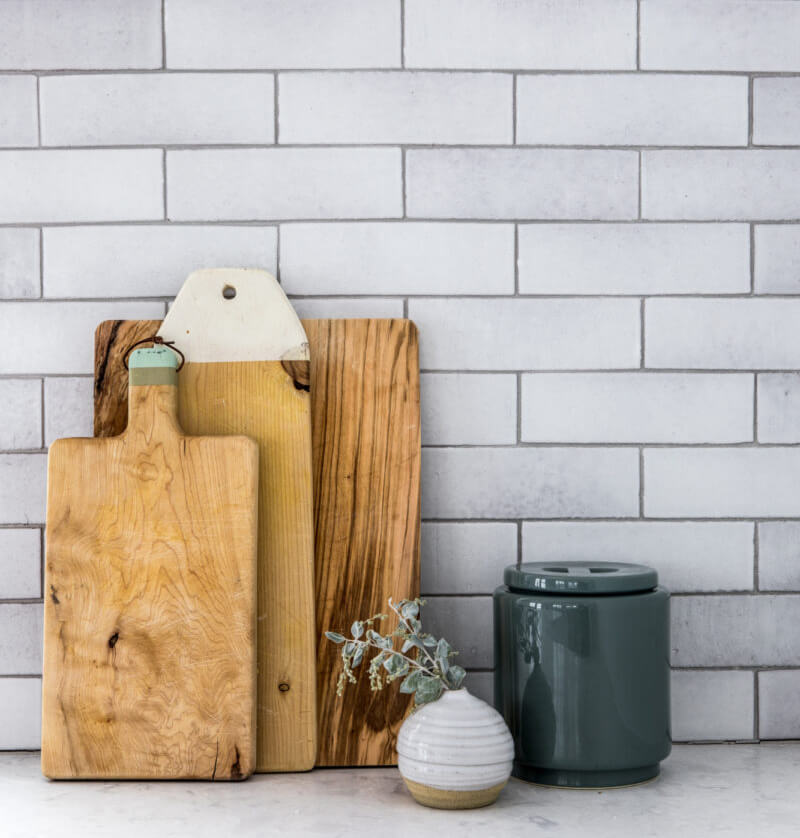 Textiles are typically neutral or feature subtle blue and green hues. They are all about simplicity and casual comfort and may feature handwoven materials or simple geometric prints. Window treatments are typically limited or basic focusing on letting as much sunlight into the room as possible. Since most Nordic homes only enjoy daylight as little as seven hours a day, natural lighting is a prominent feature in many Scandi style homes. 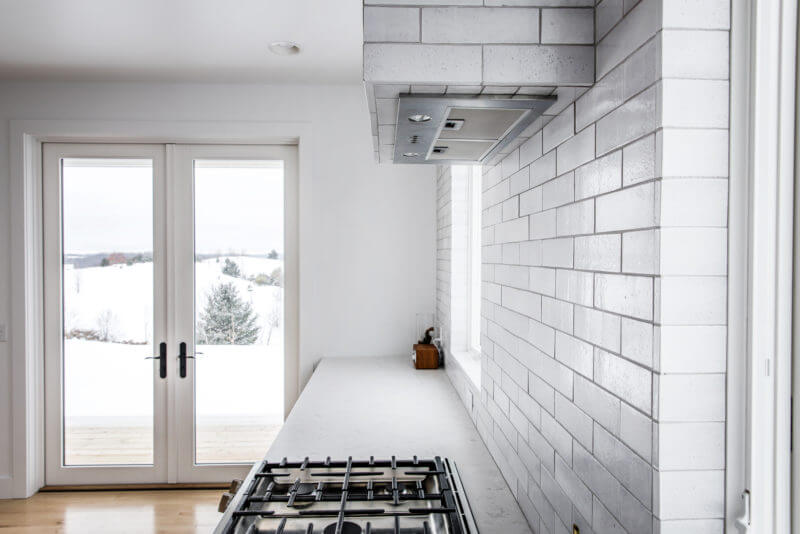 A kitchen with no window treatments to help as much sunlight come through at all times. Tile by Fireclay Tile shown in the White Mountains Glazed Brick |Design by The Fresh Exchange 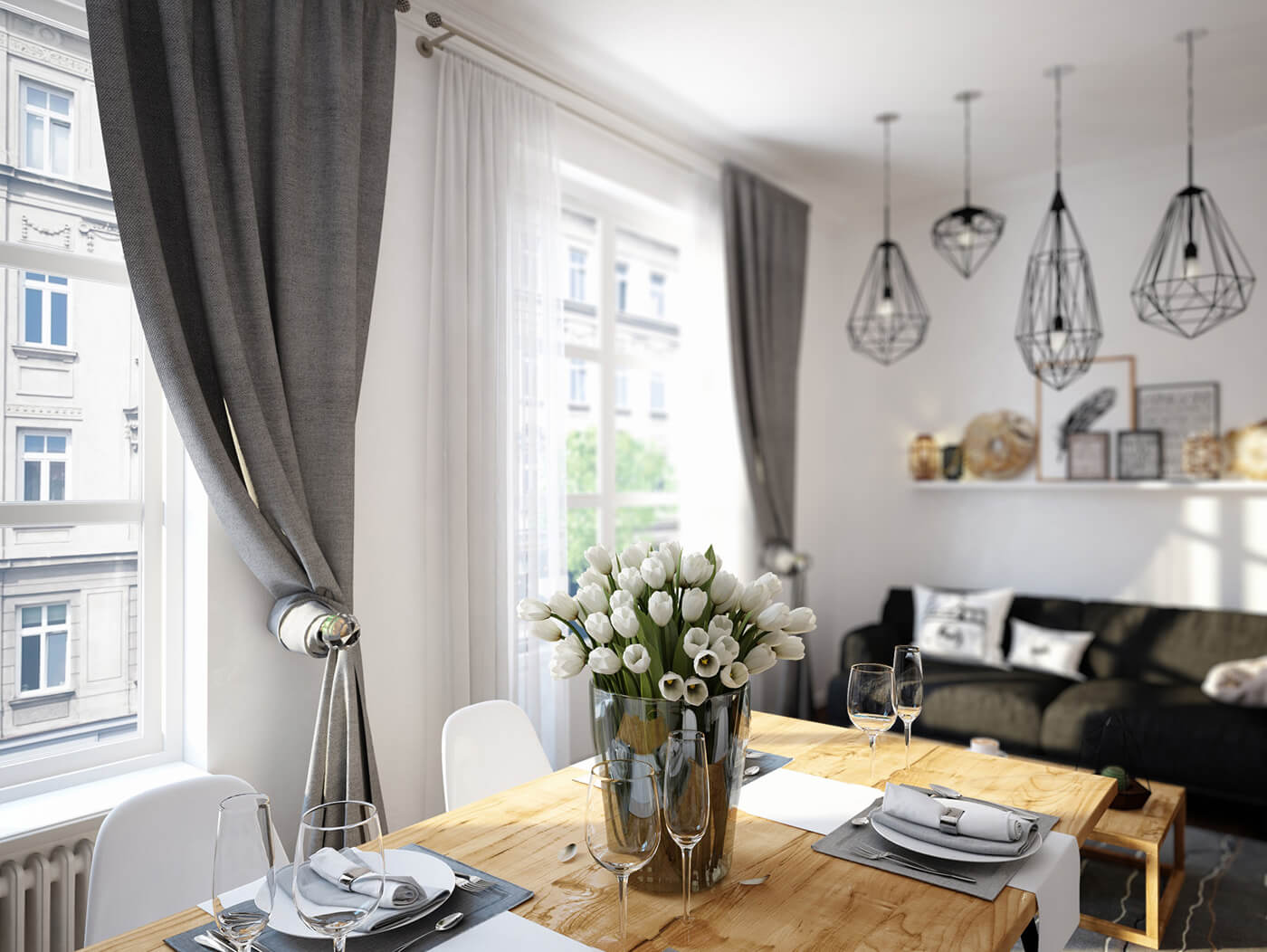 A dining room with simple window treatments to let lots of sunlight in. | Design & Photo by Anastasiia Andreichenko 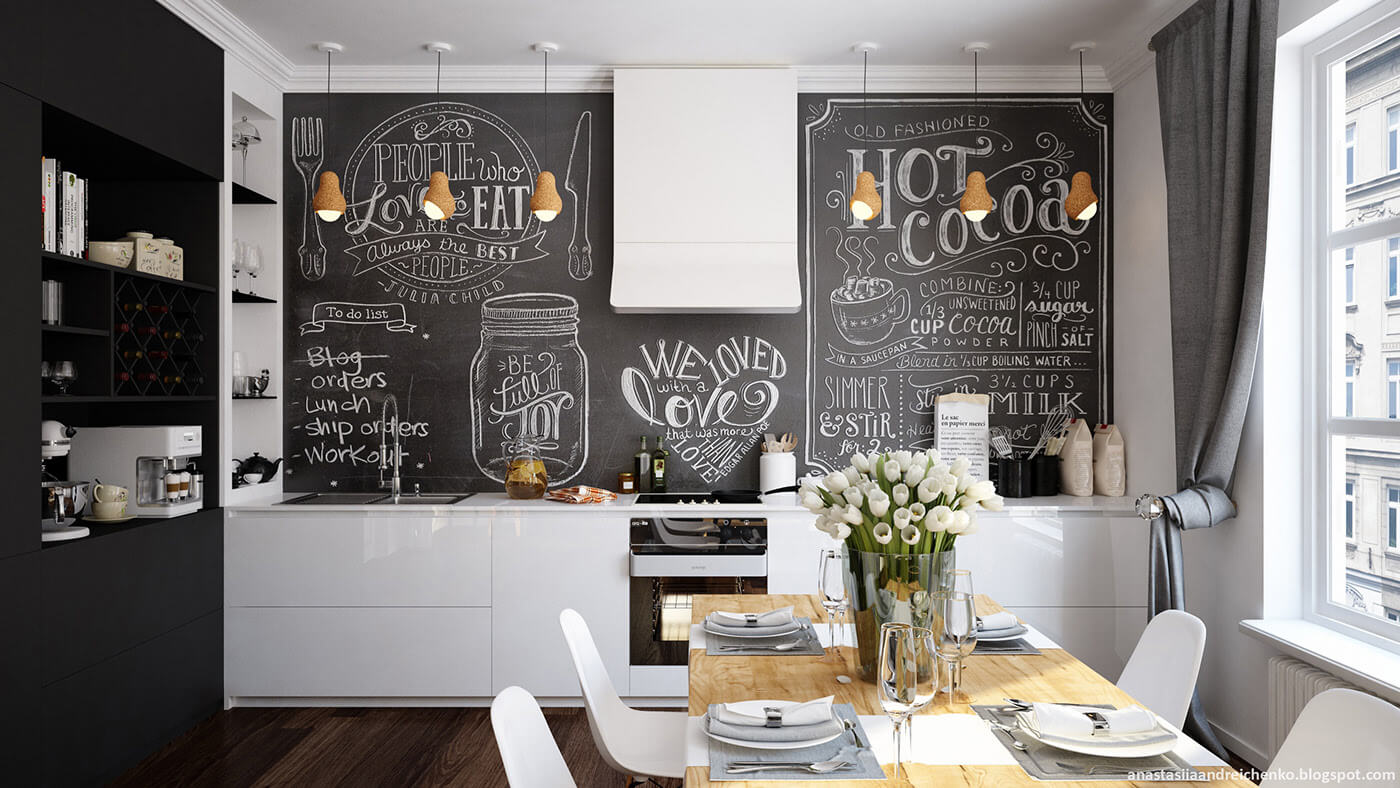 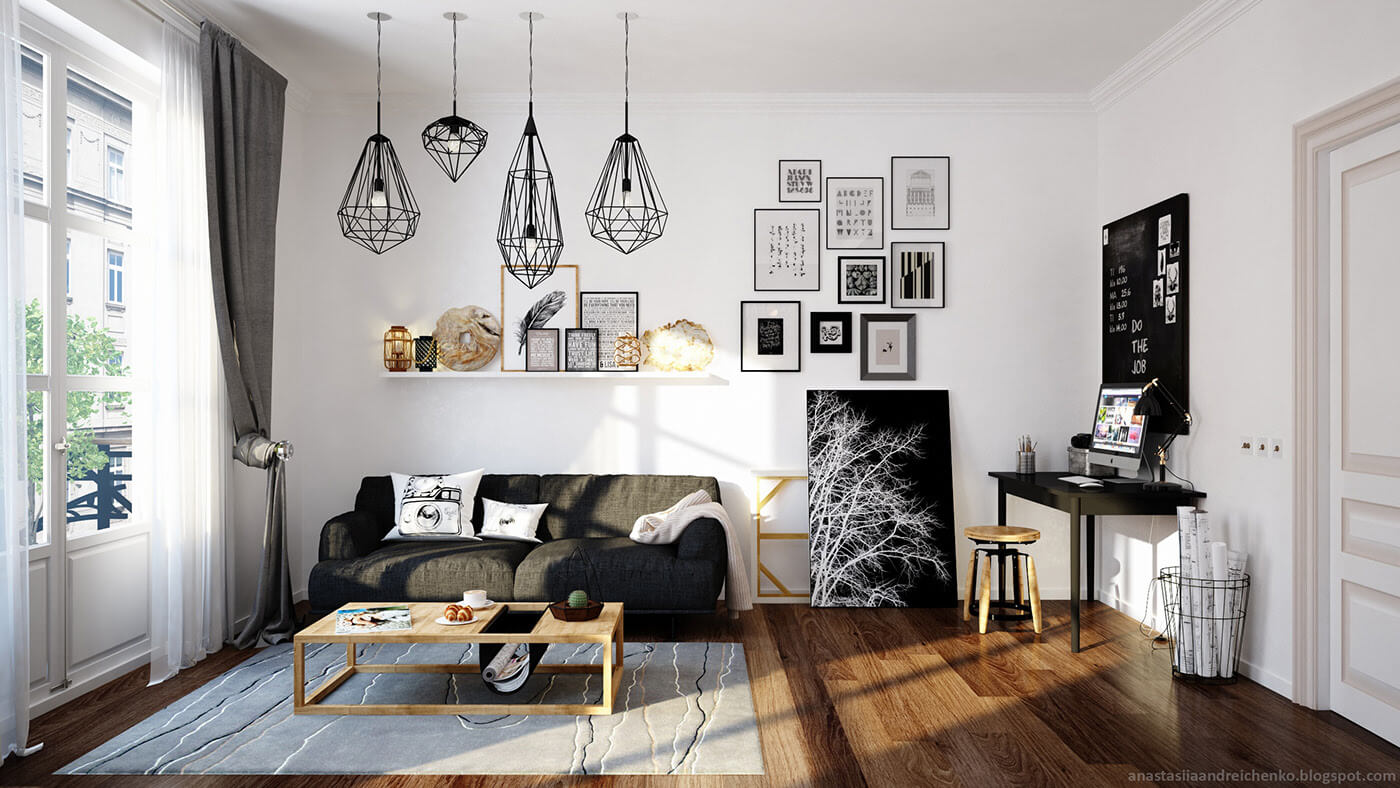 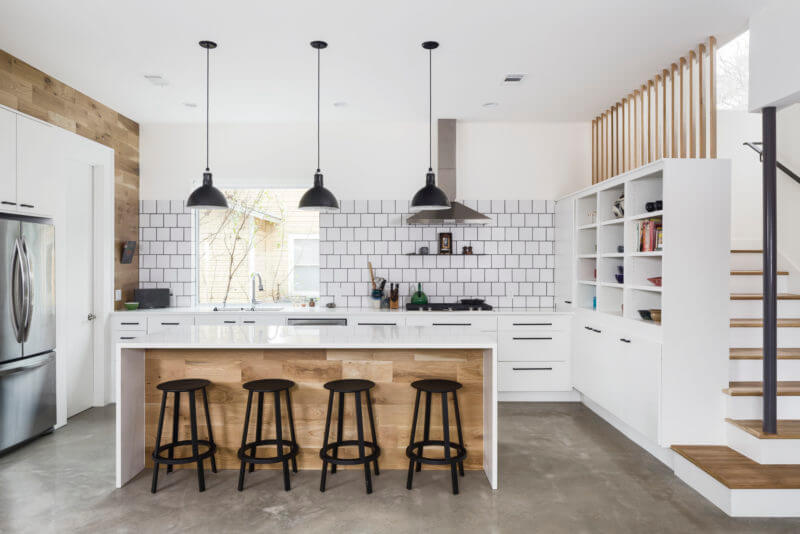 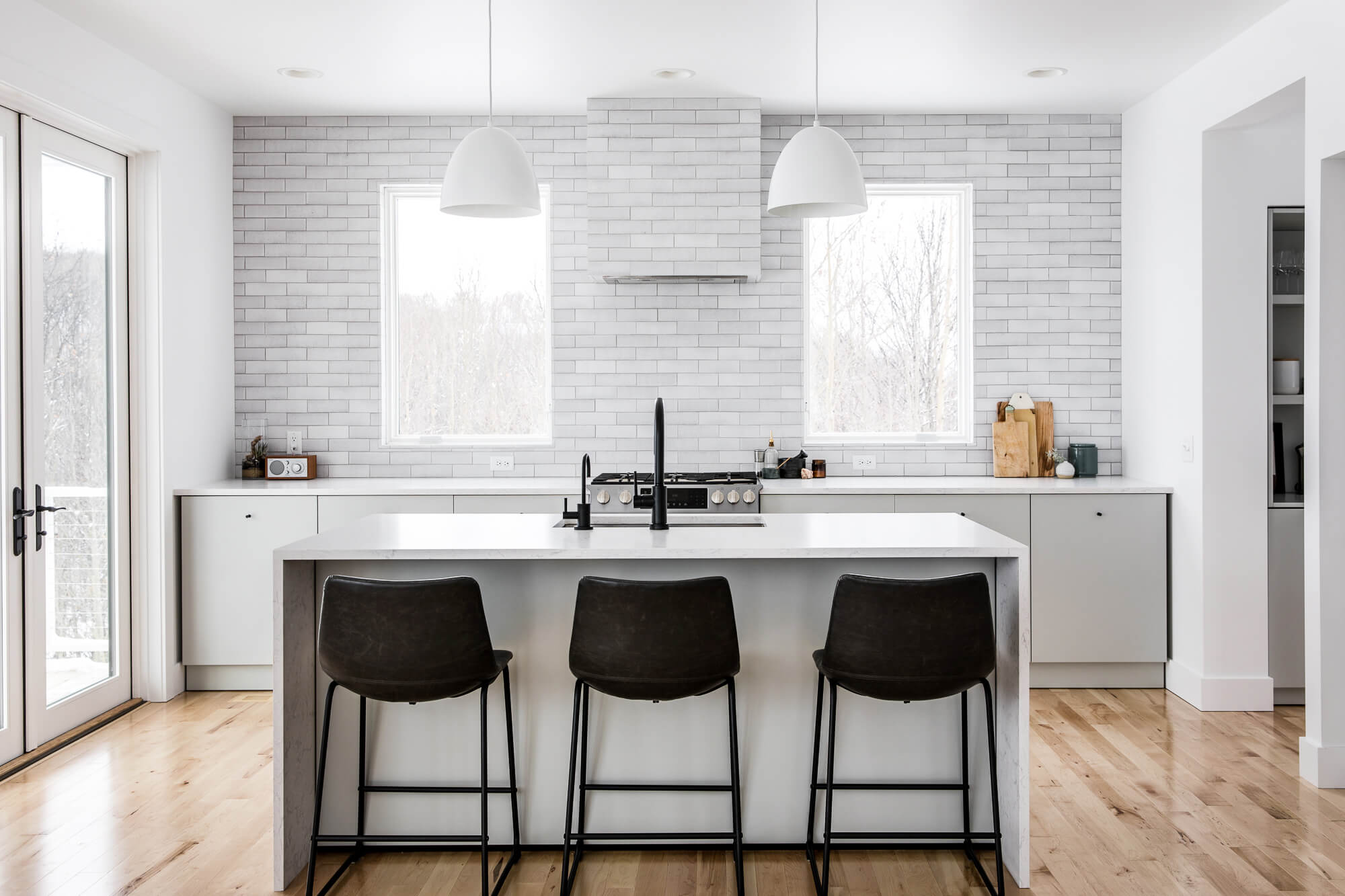 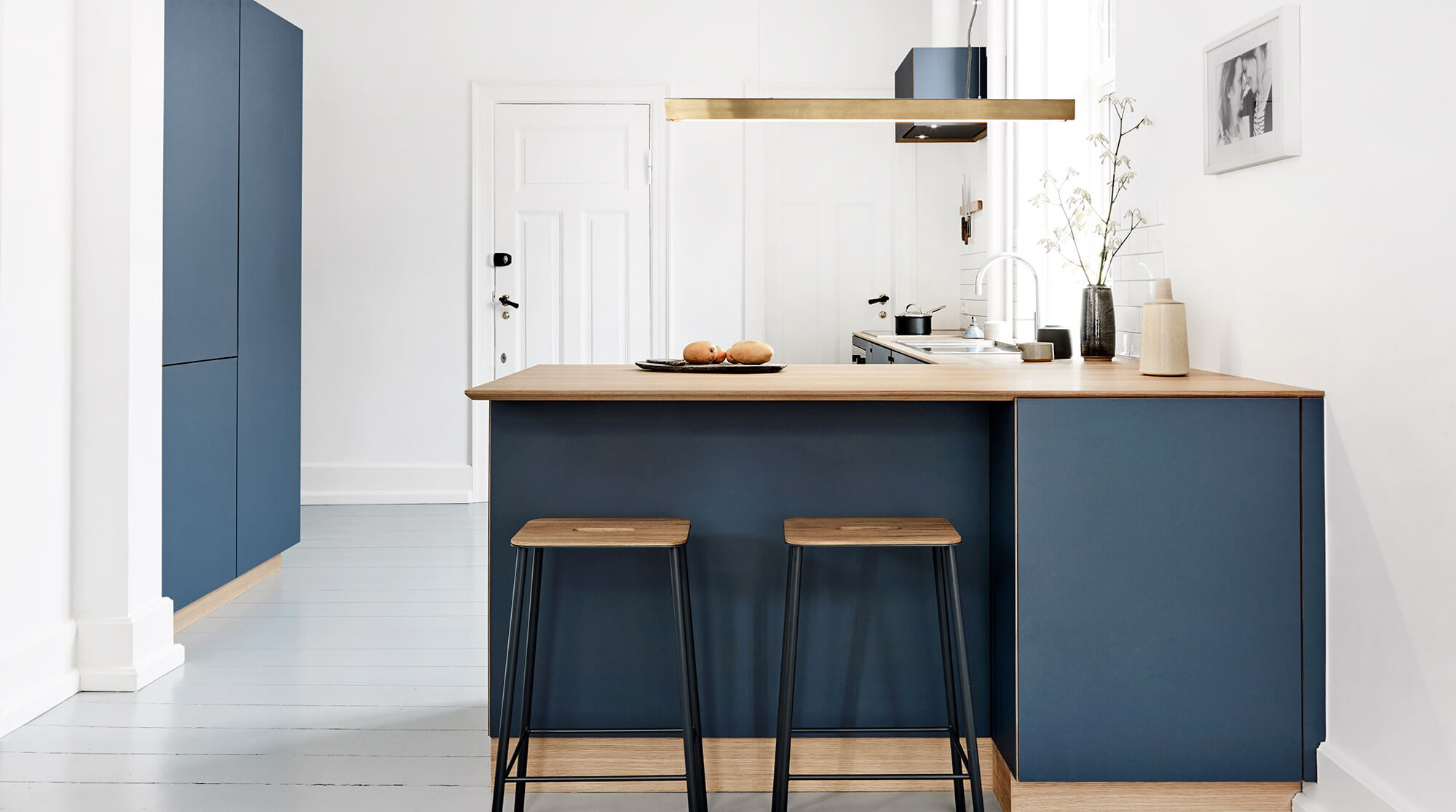 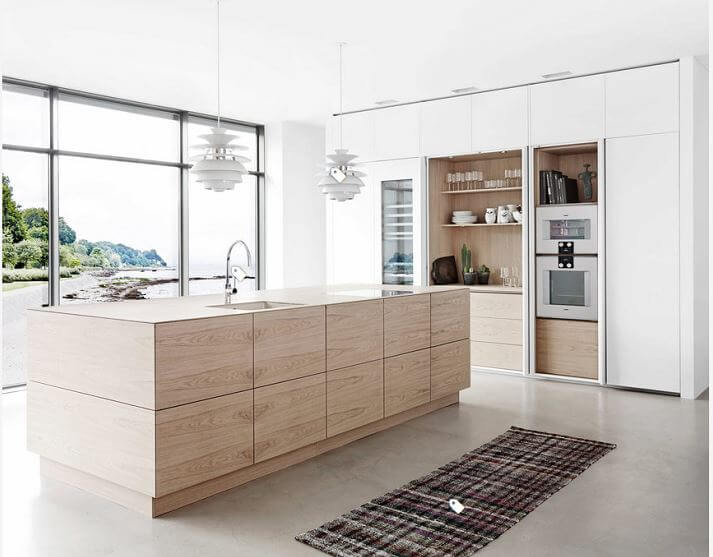 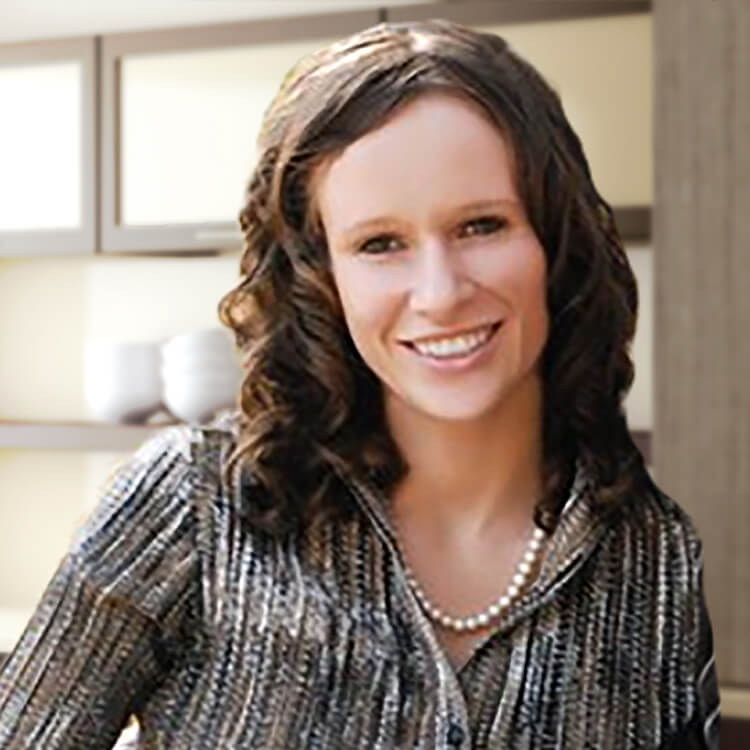 Mandi Juskiewicz is the Sr. Design & Marketing Specialist for Dura Supreme Cabinetry with 20 years of experience in graphic design, web design, multi-media communications, photography, and social media technology.  Her accolades include the distinction of being named “Kitchen Cabinetry Marketing Specialist of the Year 2019” in the 2019 Content Creator Awards held by CV Magazine and achiever of the Houzz Influencer Award.

Her role at Dura Supreme allows her to curate the “best of the best” designs, cutting edge products, and fabulously functional Dura Supreme kitchens across the country and feature them here for inspiration and design ideas!