How to Mix Kitchen Cabinet Door Styles in a Kitchen Design

Are there rules when it comes to mixing kitchen cabinet door styles?  What about the cabinetry in the entire house, does everything need to match? I don’t know that there are actual rules that can be use to guide this decision, but there are several factors that need to be taken into consideration.

Think about the overall size of the space, is the kitchen small or large, enclosed or open into other rooms?  How do the other rooms in the house relate to each other?  Are they adjoining, visible from other areas?  What are the finishes and door styles you are considering?  Do they look similar or are they very different?  Finally, how much variety are you personally comfortable with? 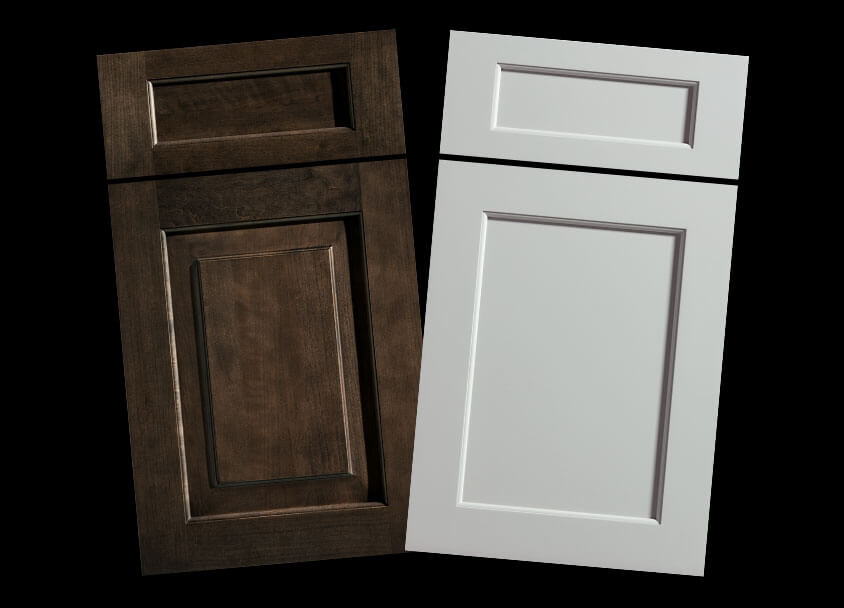 When choosing multiple door styles for a single space, a common practice is to use a raised panel door and a matching flat panel door.  The similarity between the doors would be in the outside frame, or rails and stiles and the inside and outside edge profiles. Dura Supreme has multiple door styles that fall into the raised panel-flat panel family.  Highland and Hawthorne are identical doors except for the center panel; these are beautiful transitional style doors with wider rails and stiles.  Kendall and Kendall Panel are also raised panel and flat panel, leaning more towards traditional styling.  Another variation would be a grooved center panel door, like the Carson V-Groove combined with the simple flat panel Carson Door. 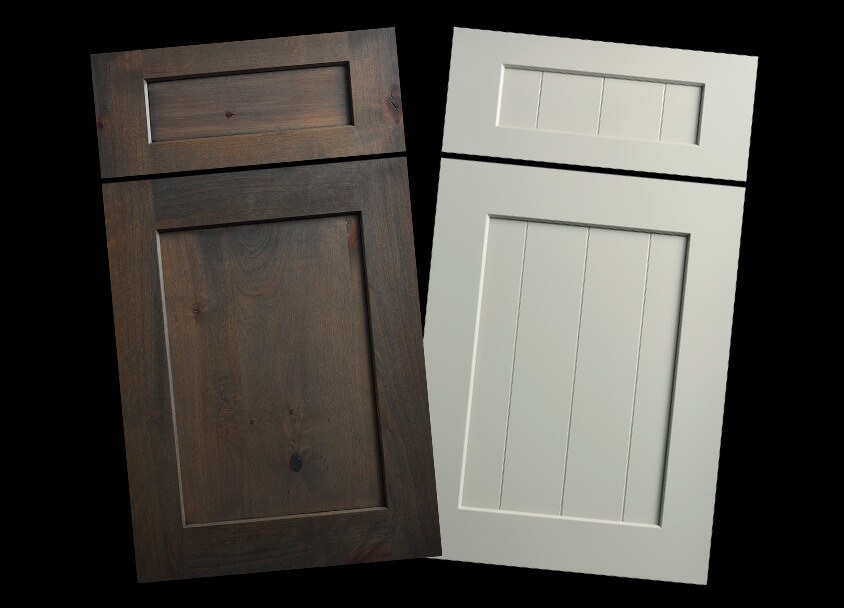 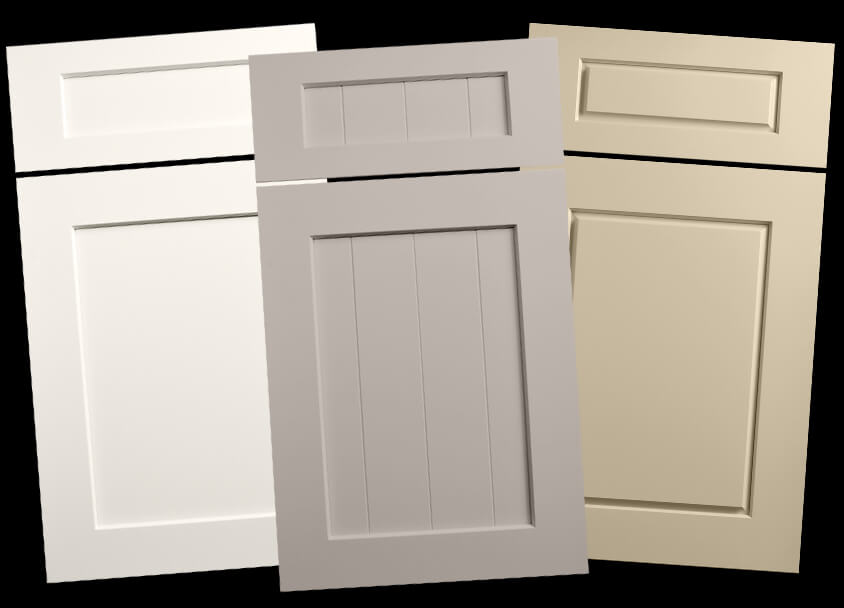 Keep it simple with clean lines by using the Carson door as the dominate cabinet door style.  Mix in the Chelsea door to add a modern twist on a raised panel cabinet door. Incorporate the Carson V-Groove door into the design and you have created a beautiful, cohesive look.

Dura Supreme offers several door styles that have the same rail and stile sizing and edge profiles, but with different styling elements. 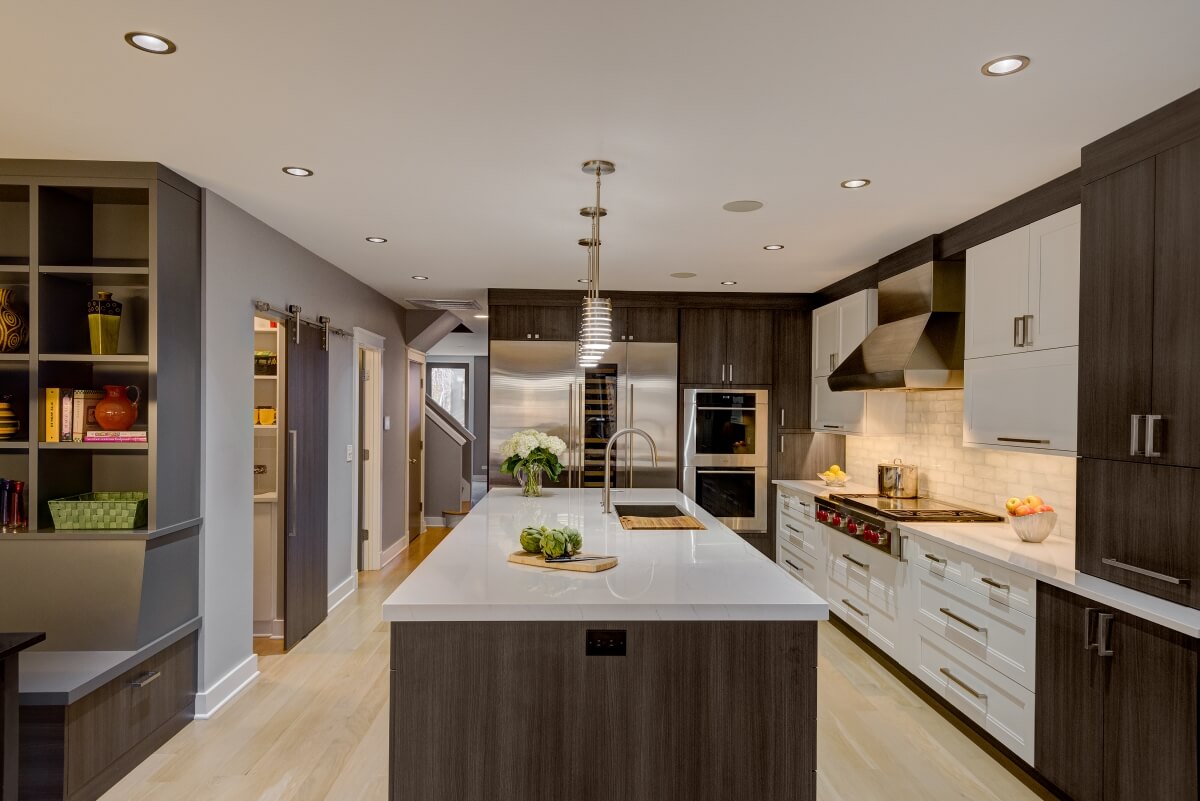 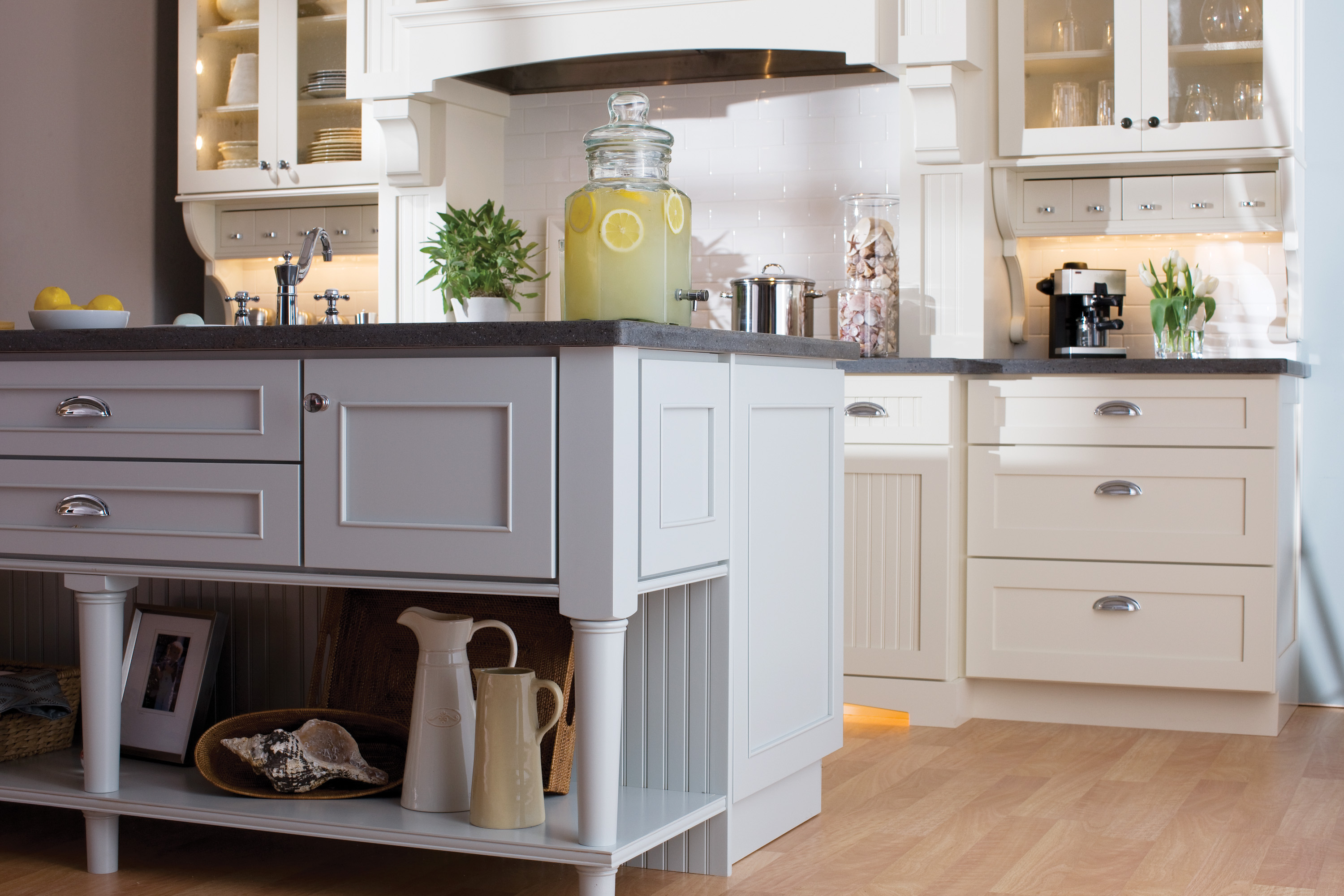 Don’t be afraid to mix things up!

Located in Howard Lake, Minnesota, Dura Supreme manufactures semi-custom and custom, framed and frameless cabinetry for a nationwide network of dealers. For 60+ years homeowners and designers have looked to Dura Supreme for kitchen and bath cabinetry that fulfills their desire for personalized design choices and outstanding quality of construction. To learn more about Dura Supreme or to contact an authorized Dura Supreme cabinetry dealer visit our Showroom Locator.